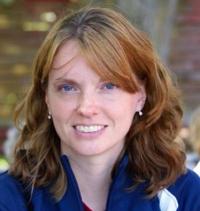 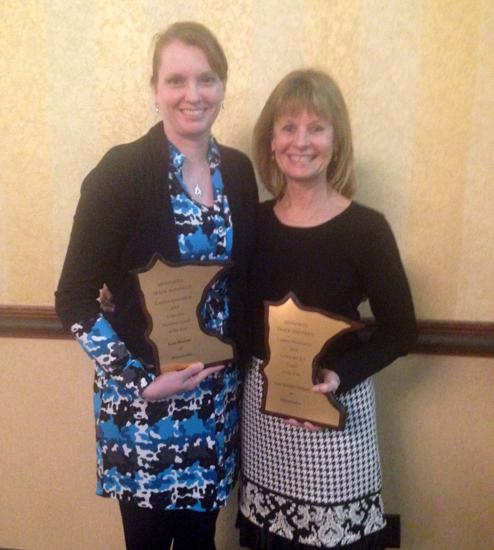 Kim has been a  science teacher at Minnetonka High School since 1996. She currently teaches AP Physics, Honors Physical Science and Biomechanics. She has won several technology awards for the integration of technology in the classroom and was a 2011 semifinalist for the Minnesota State Teacher of the year. Kim became a Nationally Board Certified science teacher in 2010.

Kim has been coaching track and field at Minnetonka for 16 years and specializes in the horizontal jumps (long jump and triple jump).  She was the 2011 Section 6AA Assistant Coach of the year. In her tenure as horizontal jumps, she has had 6 different athletes become 35+ ft Triple jumpers and 5 athletes top 17+ feet in the long jump.  She has had several athletes compete and place in the state meet in both events.

At Fridley High School Kim participated in Swimming, Basketball and Track and Field. She was a five year letter winner in swimming and also in track and field. Kim earned several all-conference and all-state awards as a basketball player and was a Ms. Minnesota Basketball finalist her senior year. As a track and field athlete, Kim was all conference and was the  conference champ in the high jump.  She was the Athena award winner at Fridley High School and was a state finalist for the TRIPLE AAA award honoring excellence in athletics, academics and arts.

At Bethel University Kim earned All-MIAC honors three seasons as a forward in women's basketball. When she graduated, she was Bethel's career leader in rebounding (782) and was fourth on Bethel's all-time scoring list with 1,487 points.  After the 1993-94 and 1994-95 season, she was named to the Kodak All-American honorable mention team and was a member of the MIAC all defensive team. Her 1993-94 team made it to the sweet sixteen of the NCAA tournament after being crowned the MIAC women’s basketball conference champs for the first time ever in Bethel history. As a high jumper, 400m hurdler and  runner on Bethel's track and field team, she earned All-MIAC honors in 1995 and was a part of the school record holding distance medley team (running the 400 leg) when she graduated. Kim was inducted into the Bethel Athletic Hall of Fame.

Kim lives with her husband, Darren, in Waconia. They have 4 children all pre-school age and under. In the few moments that she manages to find some quiet time, she enjoys reading, playing with new technology tools, and getting in a good workout.